In this time of uncertainty, we wish everyone health and safety.
Biography - 2

Part 2 - The Birth of the Avatar

Avatar Adi Da was born in a perfectly Illumined state that He calls the "Bright".

Even as a baby, I remember only crawling around inquisitively with a boundless Feeling of Joy, Light, and Freedom in the middle of my head that was bathed in Energy moving unobstructed in a Circle — down from above, all the way down, then up, all the way up, and around again — and always Shining from my heart....

I was the Power of Reality, a direct Enjoyment and Communication of the One Reality. I was the Heart Itself, Who Lightens the mind and all things.

Because His Divine Purpose was to Serve, Bless, and Awaken humanity, it was necessary for Avatar Adi Da to voluntarily submit to a process whereby He would relinquish His childhood state of Perfect Freedom — then find the Way for others to Realize Divine Enlightenment.

For this reason, at the age of two, He spontaneously surrendered His "Bright" State and embarked on a heroic twenty-eight-year odyssey to enter directly into every dimension of human experience and human seeking. As He would later reveal, He had to "Learn Man" in order to "Teach Man".

The Divine Avatar's childhood and early adulthood were devoted to understanding everything about the nature of the human situation. Although His boyhood was lived in the typical manner of the time, including a nuclear family and participation in the local Lutheran Church, He gave Himself entirely to this process, surrendering absolutely to the theater of experience in every sphere of life.

In 1957, Avatar Adi Da's mysterious impulse to "Learn Man" brought Him to attend Columbia University, where He received His bachelor's degree in philosophy. 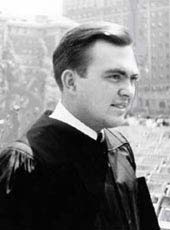 He fully embraced this crisis of disillusionment, and it propelled Him to intensify His quest to penetrate to the heart of the human circumstance.

Entering into a period of intense experimental living, He abandoned Himself to every possibility of experience, high and low, from the mundane to the extraordinary.

These experiments were never for the sake of the experience itself, but always for understanding the apparatus of all human seeking and experience.

His open-hearted surrender to whatever He might discover involved a radical mode of enquiry that took Him on a free-fall, beyond all presumptions and fixed conceptions.

I decided that I would unreservedly exploit every possibility for experience... so that nothing possible to mankind, high or low, would be unknown to me.

...I thought, "If God exists, God will not cease to exist by any action of my own, but, if I devote myself to all possible experience, God will, necessarily, find some way, in some one or a complex of my experiences, or my openness itself, to be revealed to me."...

Some incredible Knowledge was the goal of my seeking and not any experience I could ever possess.

After several years of this intensive experiment, His search was exhausted and He found Himself at a point where there was not another book or experience that could take Him further. Having reached this insurmountable impasse, one night there was a breakthrough.

Avatar Adi Da found Himself spontaneously drawn into the core structure of mind that was at the root of all seeking — the deep sense of psychic dilemma that quietly underlies everyone as individuals.

A tremendous revolution unfolded, as the "Bright" State of His birth broke through again into His awareness.

I was drawn into the interior tension of my mind that held all of that seeking.... I observed this deep sensation of conflict and endlessly multiplied contradictions, such that I was surrendered to its very shape, as if to experience it perfectly and to be it.

Then, quite suddenly, in a moment, I experienced a total revolution in my body-mind.... An absolute sense of understanding opened and arose...and I felt a surge of Force draw up out of my depths and expand, Filling my entire body and every level...with wave on wave of the most Beautiful and Joyous Energy.

...In that great moment of Awakening, I Knew the Truth was not a matter of seeking.... I also saw that Freedom and Joy is not attained.... The understanding arose that I am always already Free.... I had simply turned out of the context of my presumed dilemma. I was possessed of the mature cognition of the "Bright".

Despite the shattering profundity of this experience, the time for Avatar Adi Da's fullest Re-Awakening still lay some years ahead, and the brilliant immediacy of the "Bright" receded. But the quality of His process was irrevocably changed.

Instead of searching for any kind of all-transforming objective knowledge, He now saw His work as being one of penetrating the deep contradictions and structural conflicts in the very architecture of the psyche. These alone prevented the awareness of the "Bright".

In other words, the process became one not of finding the inexpressible joy of the "Bright", but of discovering what human beings do that obstructs this awareness in their lives.

During this period, He began to develop a unique and rigorous practice of continuous exploratory writing that He refined further during His graduate studies at Stanford University in California.

I was always at work on the same thing, the experimental investigation of conscious life for the sake of its unfolding, revelation, and eventual solution or Realization. Now I saw my writing as the possible and necessary instrument for removing internal contradictions, for establishing the Spiritually "Bright" Condition of Consciousness (or Conscious Light) Itself.

Next: The Myth of Narcissus

I was the Power of Reality, a direct Enjoyment and Communication of the One Reality. I was the Heart Itself, Who Lightens the mind and all things.