In this time of uncertainty, we wish everyone health and safety.
Biography - 4

Part 4 - Radiant Happiness
and the Futility of Seeking

Avatar Adi Da's journey had taken Him through countless extraordinary experiences of the highest kind. In the company of His Teachers, He had demonstrated perfect devotional submission of the kind that classical Spiritual texts have described for centuries.

He had gone through the most profound yogic transformations, seen the rarest mystical visions and subtle realms, and experienced ecstasies, samadhis (deep, absorptive meditative states), and blisses. Yet He knew that none of these phenomena were "It" — that even the highest experiences do not lead to ultimate Freedom.

Avatar Adi Da's summary insight, unique in its uncompromising fullness and lucidity, had become conclusive: the Divine Reality can never be fruitfully sought or strategically attained, for the simple reason that it is "always already the case".

Unqualified Happiness cannot rightly be an "object" of pursuit or a goal. It is the Nature of existence, the very Condition of everything and everyone in each arising moment. 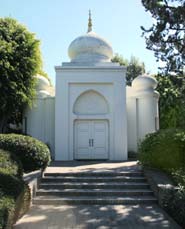 He suddenly became aware of the Light of Consciousness Itself as an overwhelming Presence. And, in a single moment, He Re-Awakened perfectly and irrevocably to His Eternal "Bright" State — His State at birth — the Divine Reality which is the Native Condition of all that is or could be.

This was the unspeakable Freedom and immutable Joy that He had entered this world to reveal to all beings.

In the force of His intention as Avatar, He had consented to become like others. Now He had "cracked the code" of all the apparent dilemmas of human life.

Now only the "Bright" Force of Reality — without any presumption of "separate self" associated with It — looked out from His human eyes.

...Suddenly, I understood most perfectly. I Realized that I had Realized. The "Thing" about the "Bright" became Obvious. I Am Complete. I Am the One Who Is Complete.

...It was a tacit Realization, a direct Knowledge in Consciousness. It was Conscious Light Itself, without the addition of a Communication from any "Other" Source. There is no "Other" Source. I simply sat there and Knew What and Who I Am.

Fully Re-Awakened, and having endured the ordeal of learning the nature of the human situation in every detail, Avatar Adi Da spontaneously began to Bless others.

Amazingly, He found Himself "Meditating" thousands of people. The function of Spiritual Master came alive in the Divine Avatar without conscious intention:

I would spontaneously become aware of great numbers of people (usually in visions, or in some other intuitive manner), and I would work with them very directly, in a subtle manner.... Therefore, "problems" (of all kinds) constantly appeared, and numberless complexities and contradictions arose in every moment — but the content of the meditation was not "mine".

I found that this "meditating" of others by me usually went on with people whom I had not yet met. But, soon, some of those very people came into my physical company....

In this manner, I spontaneously began to "meditate" countless other people, and also countless non-human beings, and countless places and worlds and realms, both high and low in the scale of Reality.

I observed and responded to all that was required for the (ultimately) most perfect Divine Awakening and the true (and the, ultimately, most perfect) well-being of each and all.

And, each time I did this (and, in fact, the process quickly became the underlying constant of all my hours and days), I would continue the "meditating" of any (and each) one until I felt a release take place, such that his or her suffering and seeking was vanished (or, at least, significantly relaxed and set aside). Whenever that occurred, I Knew my "meditating" of that one was, for the moment, done.

By such means, my now and forever Avataric Divine Work (of Teaching, Blessing, and Awakening all-and-All) was begun.

The Teaching and Blessing Work Begins 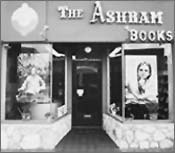 The function of Spiritual Master had already spontaneously begun when Avatar Adi Da opened His first ashram in April of 1972.

It quickly became clear, however, that no one who came to Him had an inkling of how to relate to a genuine Spiritual Master.

The Divine Avatar saw that He simply could not function with His students as Spiritual Masters have traditionally done, in cultures that understood this sacred, transformative relationship.

He would have to enter into a direct and dynamic play with His students, teaching them all of the most foundational matters of devotional and relational life — matters that, in truth, were only the humblest preparation for authentic Spiritual practice and ultimate Awakening. 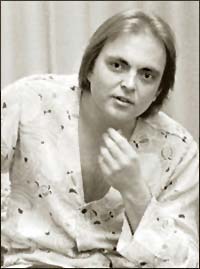 He saw that He would have to submit, for an indefinite time, to be like His devotees, all the while guiding them in how to make use of the instruction and transmission of an authentic Master in the traditional manner.

For years, Avatar Adi Da lived and Worked with His students in this manner. Day and night, He fiercely and playfully engaged them in all aspects of life, providing every form of tangible lesson to all who came to Him.

He gave Himself unreservedly to His devotees, abandoning Himself to an unprecedented experiment.

It was a "Reality Consideration", in which every aspect of human experience and seeking was examined against the incandescent backdrop of His unremitting Revelation of Divine Love, Humor, and Freedom.

Next: The Divine Transformative Events

Amazingly, He found Himself "meditating" thousands of people, Gracefully purifying them and washing them of their negative accumulations and painful limits.

The function of Spiritual Master had come alive in Him.