In this time of uncertainty, we wish everyone health and safety.
The Aletheon 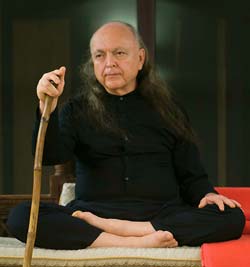 The Aletheon:
The Truth Book

[After the Ruchira Dham Event of April 12, 2000,] My Divine Avataric Self-Revelation-Word Became a completely different kind of Utterance.

During the final two years of a Lifetime that had been utterly devoted to the Communication of Truth, Avatar Adi Da created His supreme Scripture — a book of oceanic depth and magnitude.

Day after day, month after month, Avatar Adi Da sustained a vast flow of spontaneous writing — moved by His indefatigable Impulse to "say everything" to everyone. 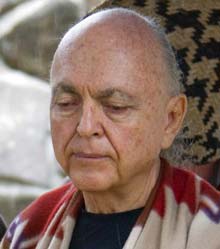 In keeping with the unique and profound purpose of this final book, Avatar Adi Da eventually chose to name it The Aletheon (pronounced "a-LAY-thee-on"). The title was His own coinage, based on the ancient Greek word for "Truth" — "Aletheia". Thus, this last and greatest book by Avatar Adi Da is, simply, "the Truth Book".

The early years of Avatar Adi Da's active Teaching-Work had been an astounding demonstration of His willingness to Submit Himself to ordinary egos, and to Work by reflecting egos to themselves.

However, in His final Teaching-gesture of writing The Aletheon, Avatar Adi Da had utterly relinquished His previous mode of Self-Submission, and made only His own purest Communication of Truth. Such is the unique quality and purity of this greatest of His Teaching Gifts.

The Divine Avatar's work on The Aletheon ended on the very day of His Passing. On November 19, 2008, He said that He felt His writing of The Aletheon had come to completion. After that, He never again raised a pencil to write more for the book — except on the morning of November 27, when He called for the title page of The Aletheon and finalized the wording on that page, thereby forever bringing to a close His final great writing-labor of love. 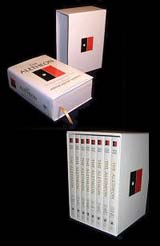 The Aletheon was published in September 2009, in two editions — as an eight-volume boxed paperback set ($180), and also as a (limited) hardbound edition in a slipcase ($250).

This final and greatest Instruction by Avatar Adi Da spans over 2300 pages. The 8-volume edition is recommended for ease of study, and includes an attractive slipcover.